Presenting another delicious historic recipe from the pages of Rosie’s RIveting Recipes.

People may have had to cope with food shortages back in Rosie’s day, but it didn’t mean they weren’t enjoying delicious desserts which are still tasty today. In fact, this pie turned out so good I would call it decadent, and surprisingly easy to prepare. For best results I recommend using your favorite pie crust recipe, or trying the historic Victory Pie Crust referred to in the recipe. Frozen pie crust would also be suitable. Whichever crust you use, be sure to bake it as directed below before adding the lemon filling.

Prepare Victory Pie Crust as directed above. Place dough on lightly floured board, shape round and pat flat with rolling pin. Then roll into 1 1/2 -inch circle. Fold in half and place on bottom of inverted 9-inch pie plate. Open out folded half of pastry and fit snugly to plate. Trim off pastry to outer edge of plate and mark around rim with table fork dipped in flour. Prick crust well. Bake in hot oven (450F) 15 to 18 minutes, or until lightly browned.

I have no idea where this recipe came from, but it somehow found its way into my collection. Naturally I tweaked it. ThenI tried it last night and wow! It’s delicious and very easy to prepare. Best of all, most of us already have the ingredients in our pantries. While it may not be a historic recipe, I somehow think Rosie would have approved.

Heat lightly salted water to a boil and cook linguine for about ten minutes, or to package directions.

Heat butter and olive oil in a saucepan over medium heat. Stir in onions and garlic until tender but not browned. Add milk, oregano and salt and pepper and bring to a boil. Reduce heat back down to medium and cook for about five minutes. Whisk chicken stock and cornstarch together in a small bowl and add to sauce. Add chicken. Cook until sauce thickens, about five minutes. Reduce heat to low. Add lemon juice, lemon zest and parsley and cook for one to two minutes. Add drained pasta to sauce. Serve with Parmesan cheese.

One of my earliest childhood memories is of standing on a stool and watching my mother make a pie crust from scratch. She could sculpt the crust on the rim of the pie plate like Picasso, and she’d always break off little pieces and let me taste it. The raw dough was delicious. (It still is.)

Sadly, my mother soon stopped baking pies. She always said her mother could whip up a pie crust with virtually no effort at all, so perhaps my mother felt that she simply couldn’t compete with Grandma’s pies. Whatever the reason, her homemade pies virtually disappeared from the family menu, and, on those rare occasions when she did bake a pie, she used the frozen pie shells.

Fast forward. I’m testing recipes for Rosie’s Riveting Recipes, and the time had come for to try making my own pie crust from scratch. I’d never done it before, but they say certain genes skip a generation. I soon discovered that making pie crust from scratch isn’t rocket science. All you need is flour, baking powder, shortening, and a little water. Having the right tools helps too. I bought a pastry cutter at Walmart, and that investment of a few dollars really paid off because it makes blending in the shortening a snap.

Victory Pie Crust is used in many of the historic recipes in Rosie’s Riveting Recipes. And one other historic note. The word victory was a significant part of the lexicon during World War II. It was a moral booster and it was used everywhere.

Sift flour once, measure, add baking powder and salt, and sift again. Cut shortening into small pieces; add to flour and cut in until mixture is almost as fine as meal. Make small well in flour mixture. Turn 1 tablespoon ice water in this and mix quickly and lightly with surrounding flour only until a small ball of dough is formed. Do not over mix. Repeat this way, mixing all of the flour in separate portions. Then press portions together lightly but firmly into one dough. Makes enough pastry for 9-inch pie shell. Double recipe for pastry for two-crust pie.

Note: If the crust should come out too dry and crumbly simply add small amounts of water until the mixture has a more doughy consistency.

I experimented with several different zucchini bread recipes back when I was growing zucchini in my backyard garden. I’d tweak this and add that, and this is the one I liked the best. It includes a box of cake mix which helps save prep time. However, batter tends to be thick and heavy, so I highly recommend using a KitchenAid or other heavy duty mixer.

By the way, in Rosie’s day people grew victory gardens, so I think she would have approved.

Place softened butter in KitchenAid mixing bowl and beat the butter until light. Add eggs, vanilla and almond extract. Beat in the sour cream, add the cinnamon and mix until all ingredients are well blended. Slowly add in cake mix, a little bit at a time, and mix thoroughly. (Batter will thicken considerably as cake mix is added.) Fold in the zucchini, chocolate chips and nuts.

Spoon the mixture into the bundt pan and gently blend mixture around the pan until it’s level. Firmly tap the bundt pan on the counter top several times so that air bubbles can work their way to the top. Bake 45 to 50 minutes. Cake will be done when a toothpick inserted into the center comes out clean. Place on cooling rack for 10 minutes, then place cake plate on top of bundt pan and invert. Allow cake to finish cooling. Sprinkle powdered sugar, if desired.

* Most cake mixes, such as Pillsbury, Duncan Hines and Betty Crocker, have pudding in the mix. White, classic yellow or devil’s food are recommended for theis recipe. 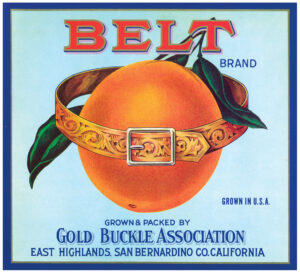 We have an abundant supply of citrus in southern Arizona. So, what do you do when someone gives you a big bag full of fresh oranges? You do what Rosie would have done. Use them to create something wonderful. This recipe is easy to prepare and delicious. I had a dear friend who absolutely adored it.

Cream butter and sugar together in a large mixing bowl. Beat in eggs, one at a time. Add orange zest and orange juice. Mix until well blended. Add flour mixture, a little at time. Fold in chocolate chips. Pour into a greased 9 x 5 x 3 loaf pan. Bake for one hour.

If desired, make glaze by stirring sugar and orange juice together in a saucepan and cook over medium heat until the sugar is completely dissolved. Pour over loaf. Let stand for 10 minutes before removing from the pan.